By José Antonio Perez of RockyPoint360.com

Promoters, organizers, and volunteers from the annual Rocky Point Rally gathered with Mayor Kiko Munro and First Lady Linda Pivac de Munro along with other city officials at the Municipal DIF offices on Thursday, Dec. 8th, for presentation of this year’s fund-raising efforts, which in all totaled 383,066 pesos (approximately $20,000 USD). It is worth noting this is over $2000 US more than that raised in 2015, which had already topped previous year fundraising. Fundraising efforts of the Rocky Point Rally stem principally from the voluntary registration donation made by many of the bikers.

The organizing committee presented individual amounts of nearly 50,000 pesos to each of the charitable organizations: Fire Department, La Montaña CAM School for children with Special Needs, the Red Cross, José Dávalos Home for the Elderly, the George Papanicolaou Cancer Awareness and Screening Group, and the Municipal DIF offices in both Puerto Peñasco and Sonoyta. An additional amount of over $300 US, raised during the Bike Show with support from American Legion MX Post 15, was presented specifically to educational needs for Peñasco students studying outside the city.

Plans are already underway for the 2017 Rocky Point Rally, with dates set for Nov. 9 – 12, 2017.  www.rockypointrally.com  Be sure to register and help our donations grow! 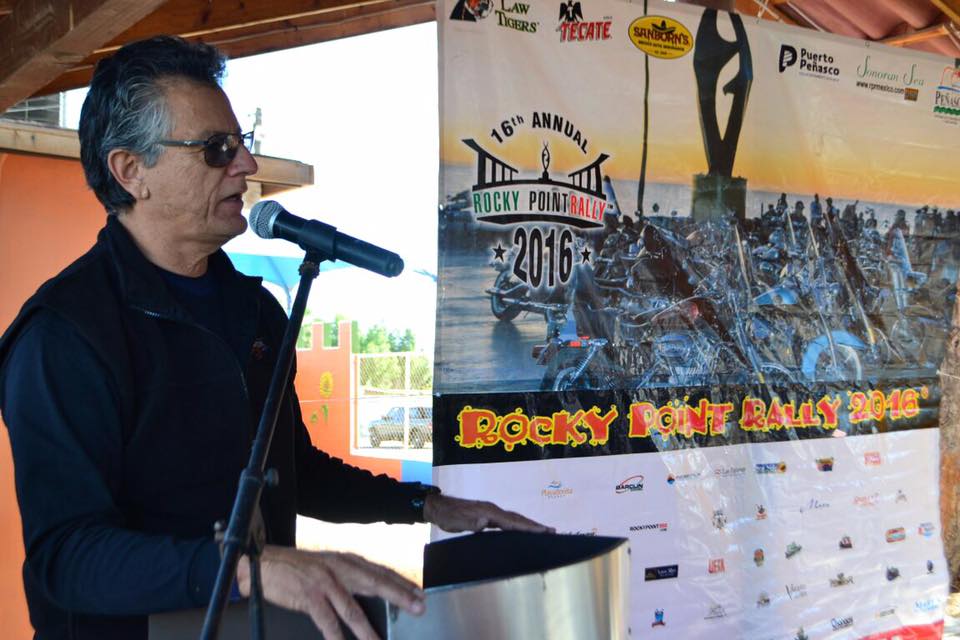