Article and photos by: RockyPoint360.com

For a second year in a row, the roar of motorcycles in January led to an afternoon of handing out presents during the “Kings Day Toy Run” Moto Jugueton, which this year included the active participation of five local motorcycle clubs along with organizers of the traditional November Rocky Point Rally, folk from the Valley of the Sun Chapter of the Christian Motorcyclists Association (CMA), and even the likes of country singer Matt Farris and band of Lake Havasu City, AZ.

After toys were collected from drop off points, which included Beach Bum and Tekila Bar on the malecón plus Playa Bonita and the offices of Rocky Point 360, bikers gathered on Plaza Gobernadores in the Old Port before making their way to San Miguel Arcángel in the neighborhood of Nueva Esperanza on the northern side of town. There, more than 500 kids (many of whom had received “gift tickets” previously distributed by the bikers) waited anxiously alongside their parents.

Last year, the Toy Run collected about 700 presents and this year the goal was set to at least top that number. In the end, more than 800 gifts and around 15 blankets, along with a few bags of clothing, were collected and distributed to 570 children with tickets and another 123 kids who showed up for the event. After the Toy Run activities wrapped up, additional gifts were presented to the children/youth program of the Family of God Church.

Thanks to all who donated gifts, as well as to the collection spots and all participants in the 2nd Kings Day Toy Run “Moto Jugueton”. Look for toy collection sites again in November during the 16th Annual Rocky Point Rally! 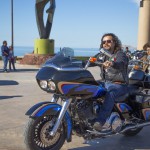 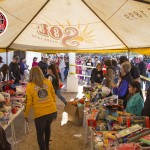 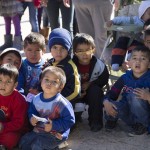 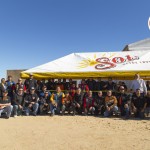