The 2014 Rocky Point Rally™, set to take place November 6th – 9th in Puerto Peñasco, Sonora will be full of music to go along with all the fun of bikes and the beach at the greatest motorcycle fiesta just south of the border! 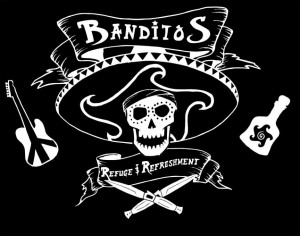 Things get started on Thursday, Nov. 6th at BANDITOS in Sandy Beach – paved parking for bikes and an outdoor stage will be just the spot for early arrivals!  Kick-Off party is from 7 p.m. – 10 p.m. though who says the party stops there?  A number of amazing Arizona bands are lining up to perform at BANDITOS for the KICK-OFF FIESTA (bands to be confirmed soooooon)!  Registration table will also be on site so you can make your donation and get your official pins, patches, koozies, and bandana! 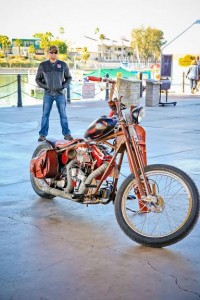 As the sun heads into the Sea of Cortez on Friday evening, country music will take over the patio of Puesta del Sol Restaurant for the 14th traditional Beach Fiesta at Playa Bonita Hotel. (5 p.m. – 8 p.m.) Country singer Matt Farris, who is a Lake Havasu City, AZ native and now Nashville signed artist – is coming down with folk from the Twisted Metal Bike shop in Lake Havasu City, AZ.  Curious note – Twisted Metal Bike built Matt a bike in 2013 just before the Rocky Point Rally, he brought it down and turned some heads!  The bike’s based off his latest country radio single, “Resident Redneck” which reached into the top 60 on Billboard Country charts and landed at number one on the independent charts and nominated for Country Single of the Year with New Music Weekly.

Friday night’s Beach Party is also where Poker Run prizes will be given out, plus there’ll be a registration spot so you can help out our charities and pick up your goody bag!

¡Don’t forget late night music along Calle 13 on Friday and Saturday in front of OD Bar (Chabela’s) with our músicos from Tijuana!

We’re taking the Main Event to the Malecón this year! After a day of parade, fiestas, and burnouts in the popular fish market malecon in the Old Port, the large Plaza Gobernadores smack in the middle of the malecón will bring Matt Farris together with the music of MOGOLLON!  MAIN EVENT  5 p.m. – 9 p.m. !!   Out of Arizona, Mogollon is one of the Premier Country Rock Entertainment groups in the West and they like to say “that Mogollon and the Rally are synonymous…”  We can’t wait! 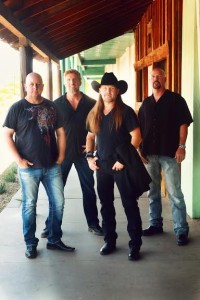